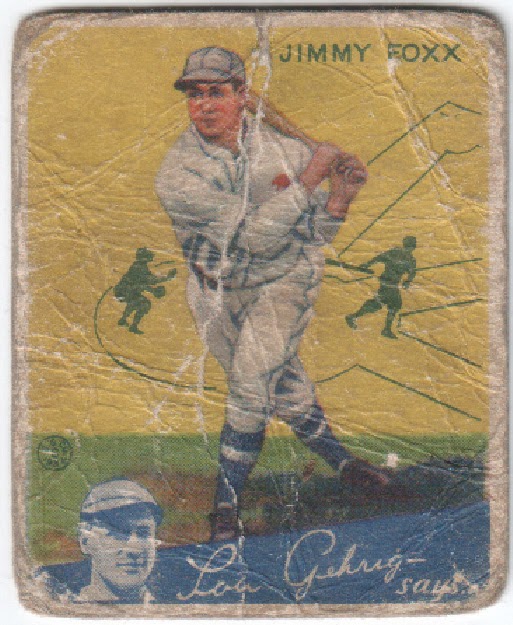 Foxx was mega-good. Better than your typical Hall of Famer, the Sporting News has him 15th on its list of 100 Greatest Baseball Players. He was a monster with his bat and unfortunately was overshadowed by the greatness of Babe Ruth.

But I wonder if the casual baseball fan has ever heard of him?

A few accomplishments as seen on Wikipedia:
Those are crazy numbers.

Some think Foxx was also the inspiration for Tom Hanks' character in A League of Their Own. Foxx actually managed the Fort Wayne Daisies of the All-American Girls Professional Baseball League in 1952. 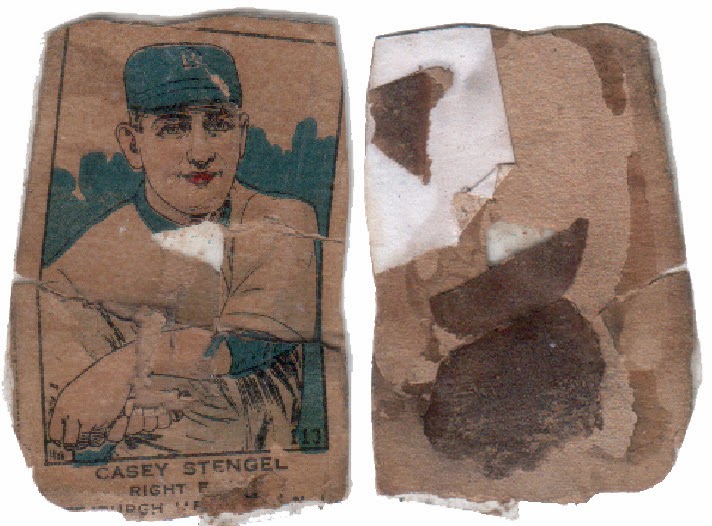 Stengel was a decent-enough ballplayer but a superstar manager. Most would recognize him as the Yankees manager of the 1950s.

As such he was a 7-time world champion. He won another championship in 1922 as a player for the New York Giants.

This strip card is held together by tape (unfortunately stuck to the front of the card) and has evidence of having been attached to a scrapbook. Without the tape, it would probable be in a half-dozen pieces.