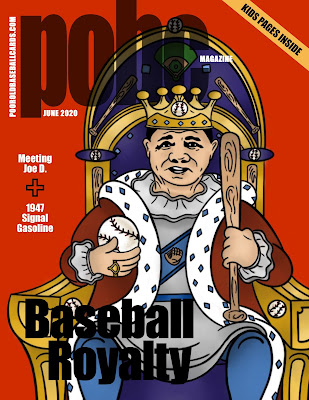 Here's our June issue of POBC Magazine.
Please comment or send an email to pobcMAG@mail.com.
This month features my Top-100, my Royal Court of baseball players.
Also check out our kids pages: color the cover
and make a baseball puppet.
I really tried to broaden the appeal.
And of course, check out the poor old baseball cards and different
collectables throughout the magazine. I hope you enjoy it! 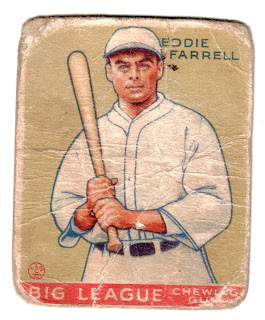 A quick search on the Internet shows that a very small percentage of baseball players are graduates of four-year colleges and universities. Eddie Farrell graduated from the University of Pennsylvania in 1925. He earned a medical degree and went on to practice dentistry well after his baseball career ended.


Farrell played at a time when athletes had careers. And I don't mean only as ballplayers. Players of his generation often worked in the offseason to earn a living.

He was not paid millions as players are today.

He had to work for a living, like the rest of us.