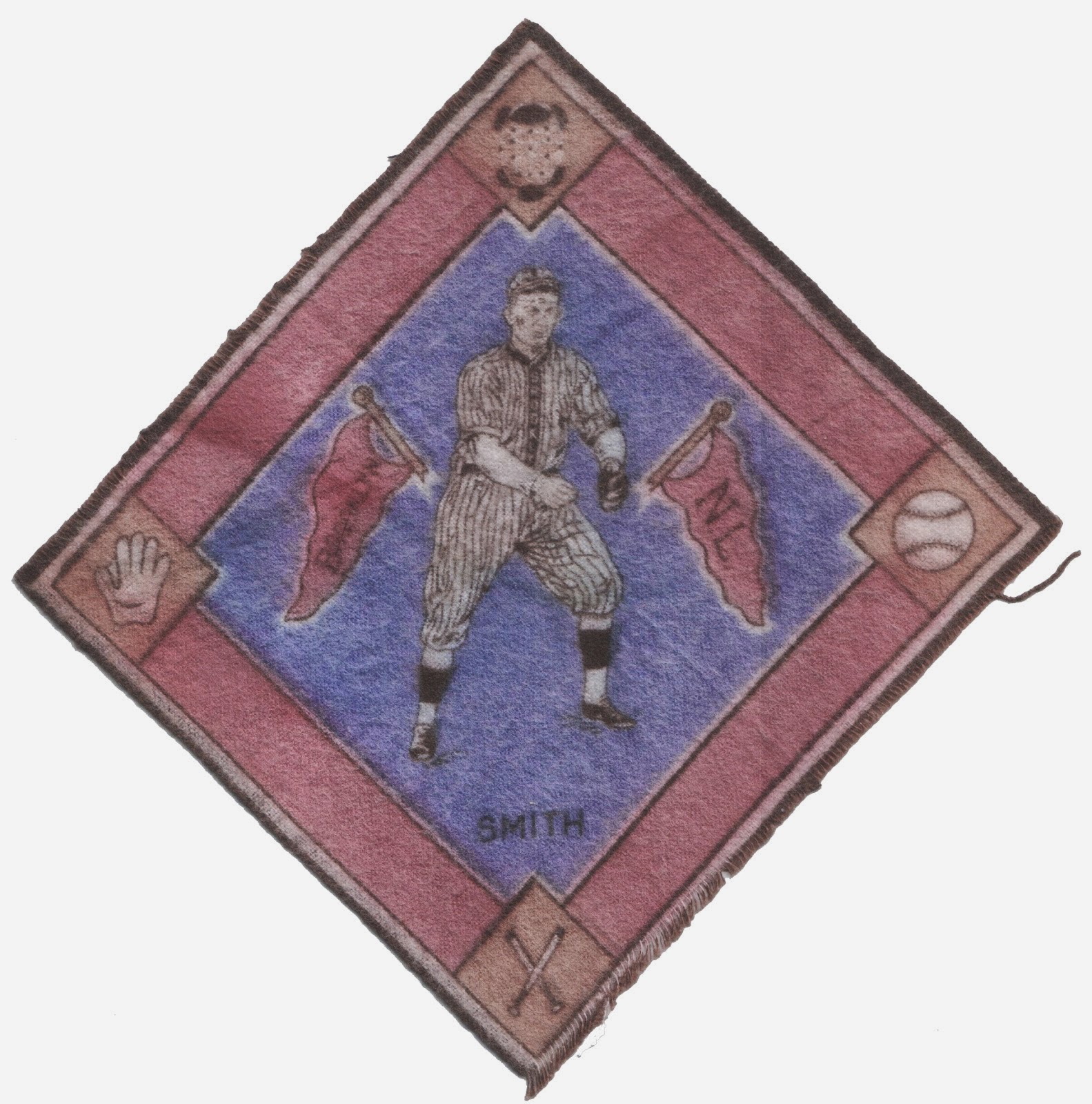 It's been a while since my last post and I really wanted to make my comeback with something a little unusual. While this B18 blanket is not particularly rare, it's not something you see everyday either.

First, I know, this isn't really a baseball card. It's a 5 1/4-inch square felt which would have wrapped a pack of tobacco in 1914. Some say it wrapped a specific brand, but I've read conflicting reports that the brand was not limited to just one.

It's called a blanket since many of these individual pieces were often sewn together into quilts or blankets. I wonder how many kids had bedspreads made from these felts 100 years ago?

The blankets (the individual ones) come in various colors.

Here's a description I found at Beckett.com:

A third variation has red infields. And a quick look on eBay shows these selling for a huge premium.

My example (pictured) is very poor. You know, poor in a good way. The blue is very faded and the paths and flags should be red. The bases should be brown.