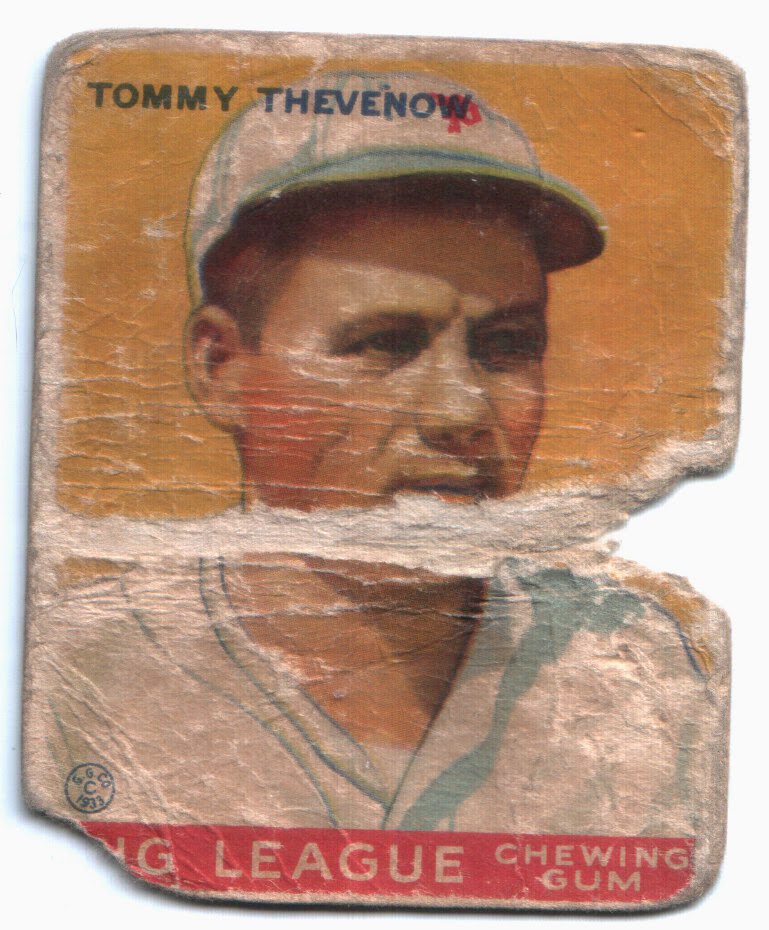 Now that's what you call a crease.

Tommy Thevenow hit two homers during the regular season. Both came in 1926 about a week apart. Both were of the inside-the-park variety.

He also hit another in the World Series, another insider-the-parker, giving him three that year.

He would hit no others.

For the remainder of his career, a total of 3,347 at-bats, Thevenow would not hit another round-tripper, a major league record.

For most of his 15-year career, Thevenow struggled at the plate.

Except during the 1926 World Series. He finished 10-for-24 with a .417 batting average, helping the Cardinals to a world championship.

I knew none of this before that crease attracted me to purchase this poor old baseball card. It's amazing what prompts us to learn about these old ballplayers.
Posted by pobc at 5/30/2014 02:04:00 PM