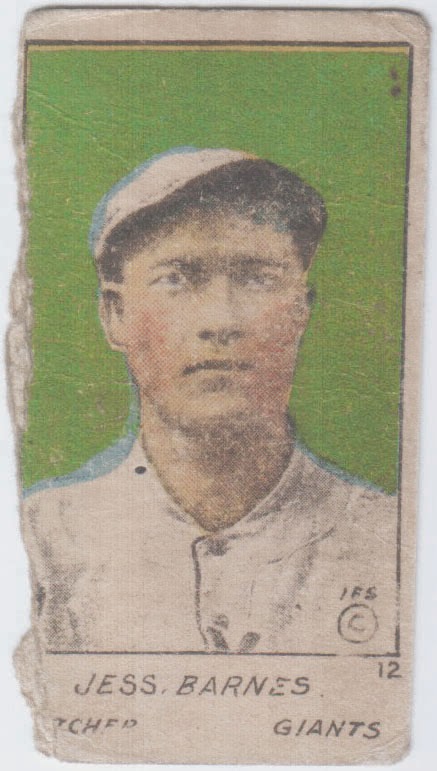 I went to a baseball game today. It lasted two hours and 45 minutes. A relatively quick game considering the major league average is just under 3 hours.

The Giants scored five runs on 13 hits. The Phillies scored one run on 5 hits.

Today's game had a combined nine hits and three runs and lasted more than three times as long.

I understand there was no TV or replay reviews in 1919. And I know pitchers were more likely to pitch longer and not yield the ball to relievers. But something needs to change.

I continually hear that games are too long and something has to be done to make them shorter. Today's baseball is big business and unless we're willing to give up commercial breaks, it doesn't seem likely we'll ever see the likes of Jess Barnes again.
Posted by pobc at 6/29/2014 09:07:00 PM

The easiest way to quicken a game is to finally introduce a clock, but only for inning switch-overs and pitching changes. Give the team taking the field 90 seconds to set up, and the same with pitchers. I want them to sprint to the mound and be ready to go. Warmups prohibited.