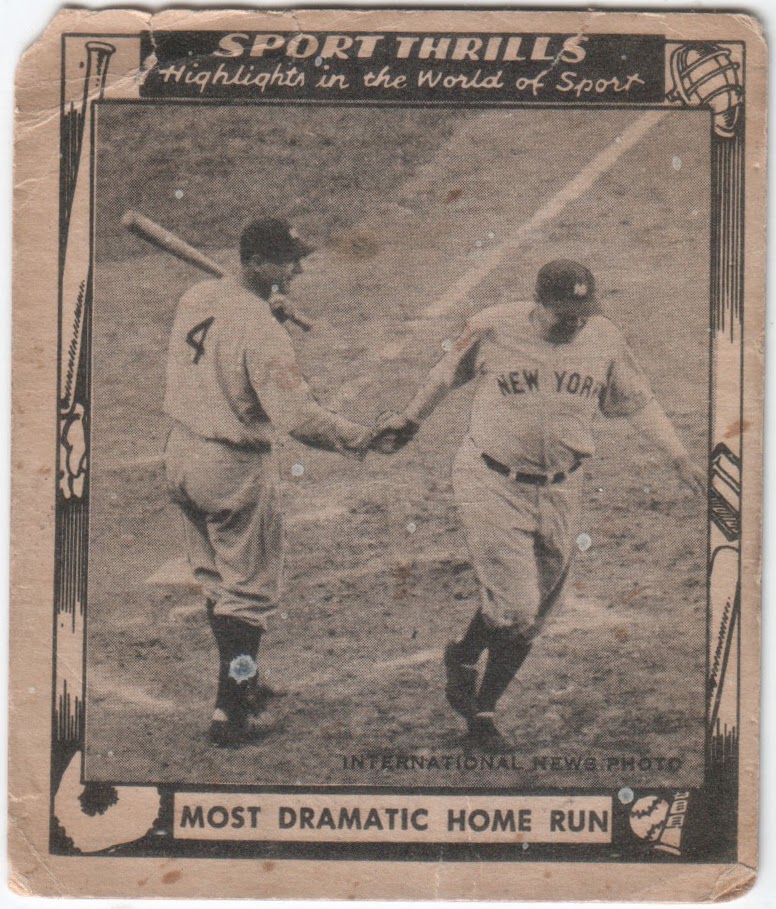 Generally speaking, you'd be lucky to find Mickey Mantle or Jackie Robinson cards issued during their playing days for less than $40.

Good Luck finding Gehrig for under $400 in any condition or Ruth for under $700.

I've been looking for a 1933 Goudey Babe Ruth for years but can't seem to find the right one. Even those that appear to have been driven over by a truck will set you back $800.

While it's not a card issued during their playing days, this 1948 Swell Sport Thrills card is a fairly rare and early card of the duo. Is there an earlier card featuring the two Yankee legends?

This is perhaps the most underrated set there is. The Jackie Robinson rookie card in this set captures the essence of the debut of Jackie Robinson better than any other card of his, and it is a year older than his Leaf 'rookie card'.