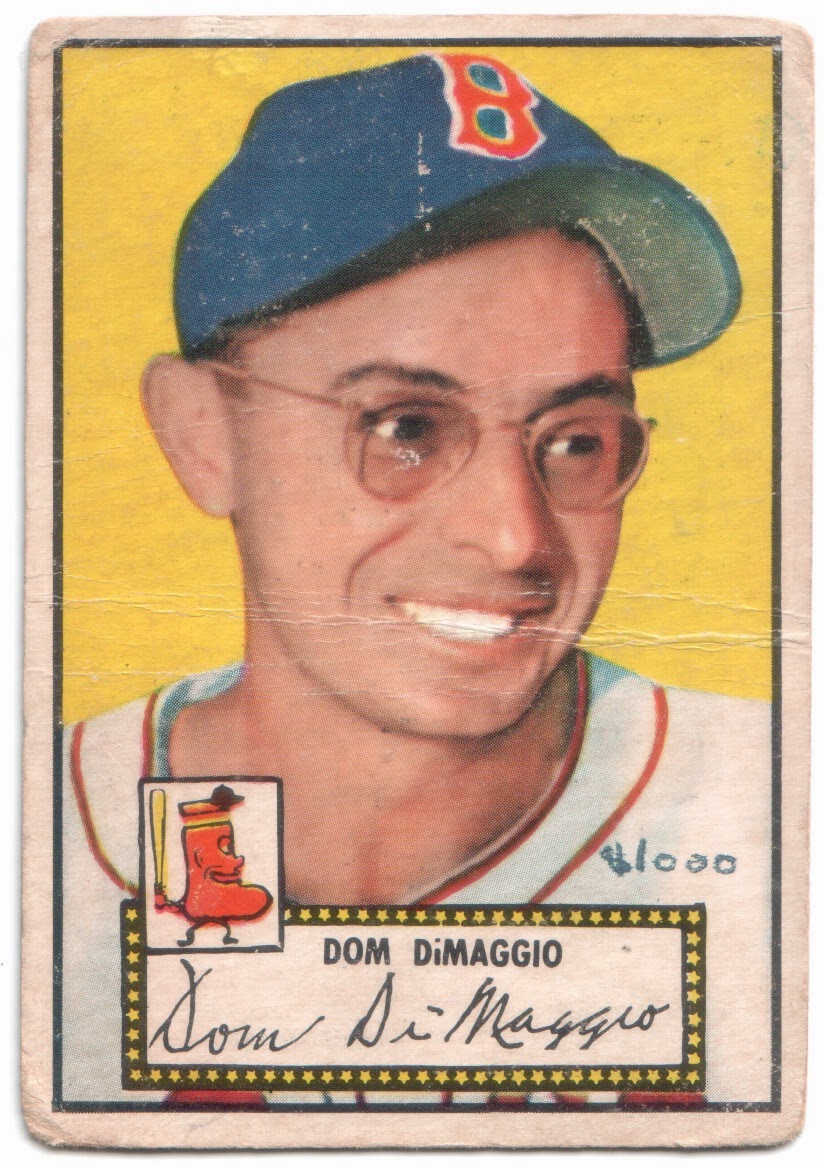 "Joltin' Joe DiMaggio" became a popular hit – get it?

You can her the song here. Joltin' Joe DiMaggio

He started baseball's famous streak
That's got us all aglow
He's just a man and not a freak,
Joltin' Joe DiMaggio.

Not to be outdone, the folks in Boston had their own refrain:

I've always loved this card, something about the glasses just makes me smile.

There were two verses to the song. I'm looking for the other one.