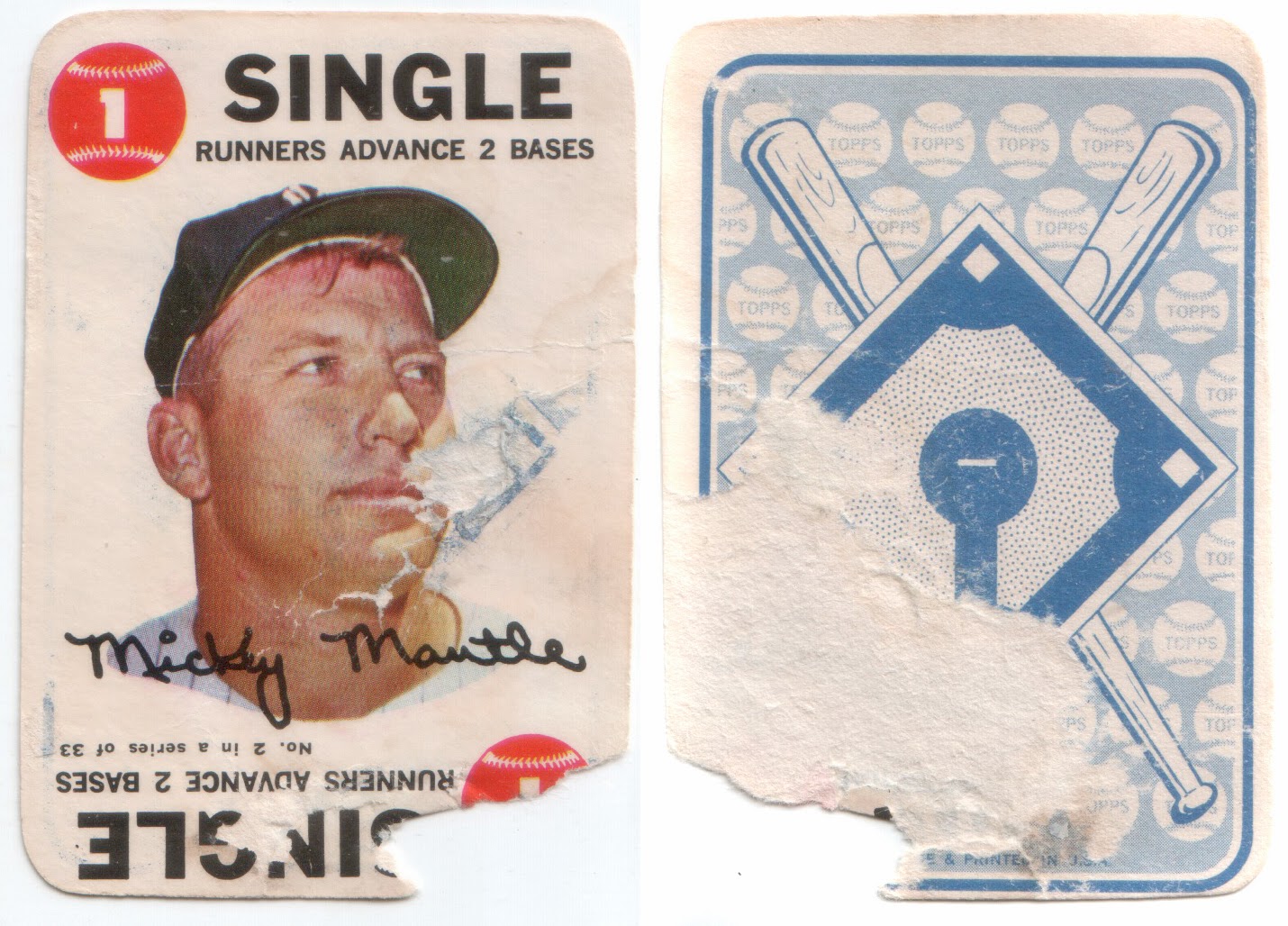 When it comes to Poor Old baseball Cards, this thing is awesome.

But when it comes to the baseball collecting world, this card gets no love. Just like those leader and team cards, these inserts are considered lesser cards. No stats. No team logo. Not even a team name. This card doesn't seem to have much going for it. Except ...

And in the baseball card world, he's king. His cards are far more popular than any other player of the modern vintage era (1952-1980).  Was he the greatest player of the time?  Willie Mays wouldn't think so. Yet Mantle out-values Mays every time.

Another thing this card has going for it is it's price. You can easily get one of these cards for under $20. Maybe even $10 if you are persistent.

This card was my first Mantle back in the 90s. I think I paid $4 for it in almost perfect condition. No respect.