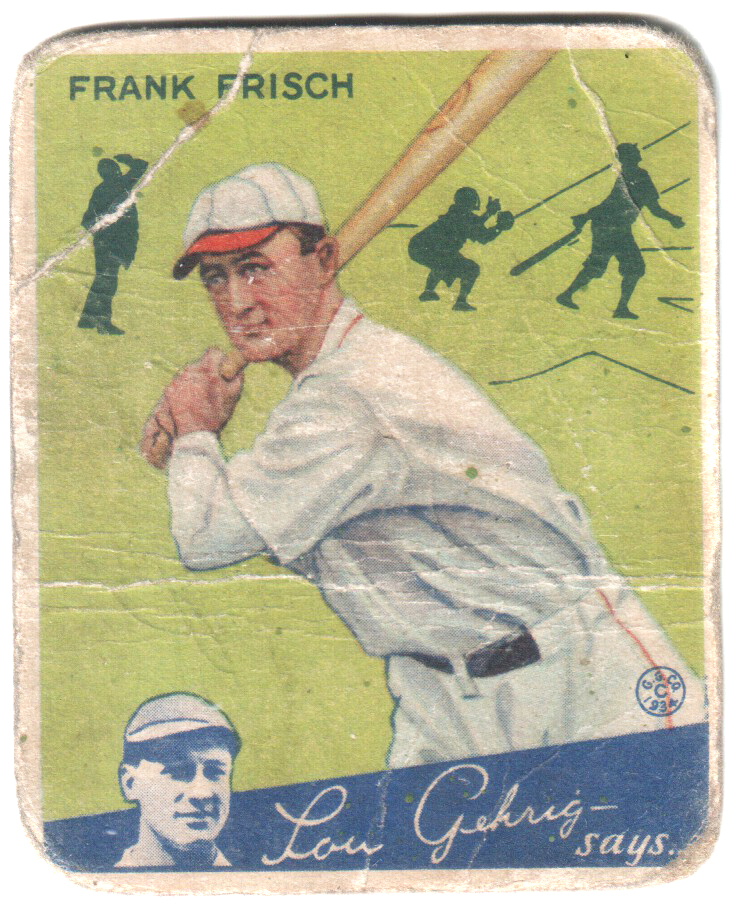 I once had a colleague propose that baseball's Hall-of-Fame should be limited to a certain number of members. An interesting argument.

In other words, if a new player is deserving, an older player must be removed. Top 100 players only.

Frankie Frisch would not approve. Some say it's his fault the Hall has so many mediocre players.

As a member of the Veteran's Committee, Frisch is said to have used his influence to usher in what some consider the Hall's least-deserving members.

My thought is this: Either you're a Hall-of-Famer or not. If you need to make an argument for a player's inclusion, maybe he's not deserving. A Hall-of-Famer should be automatic, you should't need to think long about whether they're worthy.

Did you ever read Bill Simmons' basketball book, where he proposed a tiered Hall of Fame? At the top, you have your Russells, Birds, Jordans (Ruths, Cobbs and Seavers), and each floor or room builds up to them. The first tier might be the Don Suttons, Tony Perezes and Thurman Munsons.

I'm totally small hall. I think they'd be better off clearing some people out. Then I look at the Boxing Hall of Fame, and just about EVERYBODY is in there and I realize that ultimately it is a place for fans to celebrate the sport....