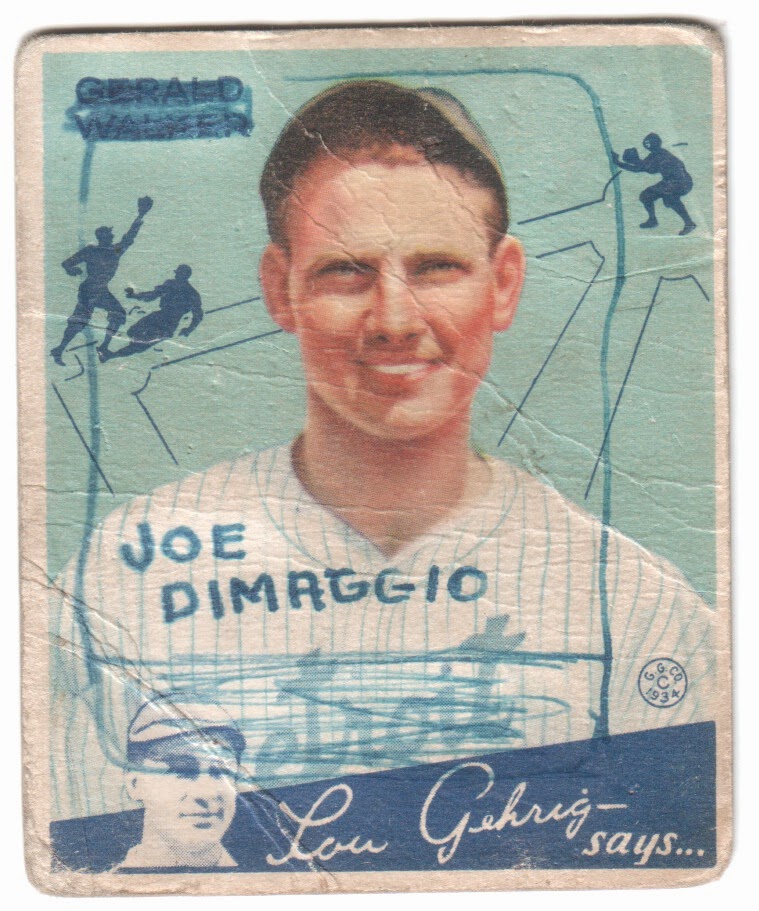 Gerald Walker is no Joe DiMaggio.

Walker, more commonly known as Gee Walker, was a pretty good player. He was named an All Star in 1937, beginning that season (on Opening Day) with an "unnatural cycle" (a cycle in reverse order: HR, 3B, 2B, 1B).

He had a good career.

So who would scratch out Walker's name in 1934, replacing it with a not-yet-Major Leaguer named DiMaggio?

My guess is this creative drawing was done a few years later. DiMaggio was in the Pacific Coast League in 1934, an outfielder with the San Francisco Seals. He would not make his Yankees debut until 1936.

I'm sure that opened a few eyes.

That's a good one!

I think it reflects how Goudey continued to sell their "1934" stock well into the late 1930s and possibly into 1941. Many of the post-1934 sets omit dates and stats that point to a particular season, enabling them to repack and reissue the previous year's cards in various ways. This might've been opened "new" in 1938, when Joe D was well-known, and hey, those pinstripes on Gee Walker's jersey would be more famous as a Yankee.