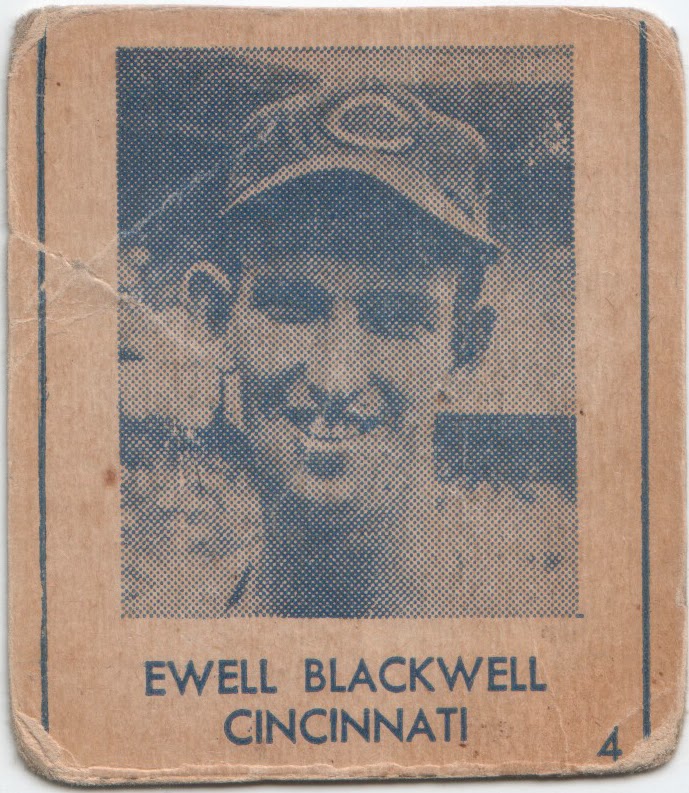 In every post, I try to give a little information about each card.

What I do know is Ewell Blackwell was considered one of the most feared pitchers of his day. Think Randy Johnson.

He was a tall (6-6) and lanky. And he had an unconventional sidearm delivery.

In 1947, he was one inning away from tying teammate Johnny Vander Meer as the only pitcher to throw consecutive no-hitters.

That being said, I honestly know little about this Blue Tint set.

First, a little inside baseball card talk. This card is designated by an 'R' as in R346. Generally speaking, that means it's a gum and candy card. But from what I can tell, this card was available in strips, meaning it should be designated a 'W' card.

There's no doubt it was hand cut but I've read it was available in strips of six or eight cards. But where was it available? Was it sold in vending machines or in corner stores?